Wondering what we’re working on? Well, we’ve convinced the talented team behind Inky Deals Creations to offer us an exclusive, discounted version of their upcoming Super Premium product called Characterzilla: Super Premium Character Bundle. Character design is always a lot of fun and its uses are extremely diverse, almost every area of design can benefit from it, so we’ve decided to publish this Basic Guide to Character Design. 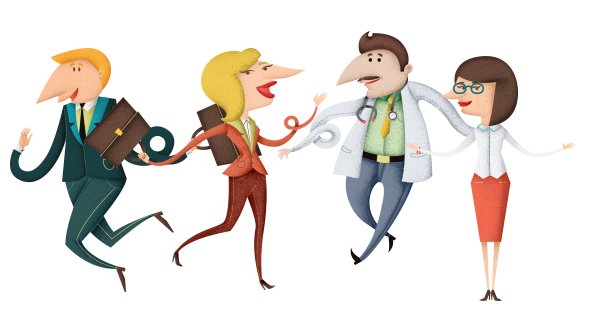 How to Use the Super Premium Character Bundle

Characters can really represent the “human” element in illustrations. They can add an entirely new way to present your infographics like in the example below –either complementing the background or acting like a virtual guide to the information presented. They are extremely versatile as they fit in almost any design or illustration. Thus the possibilities are infinite, only up to your imagination. 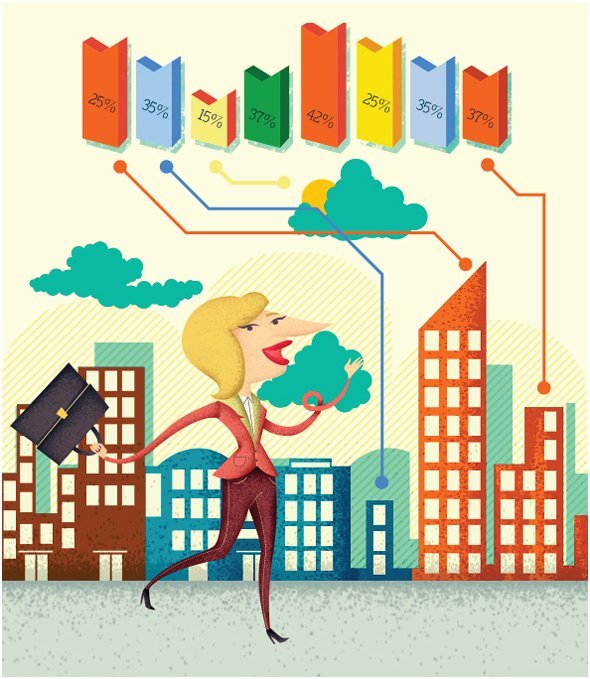 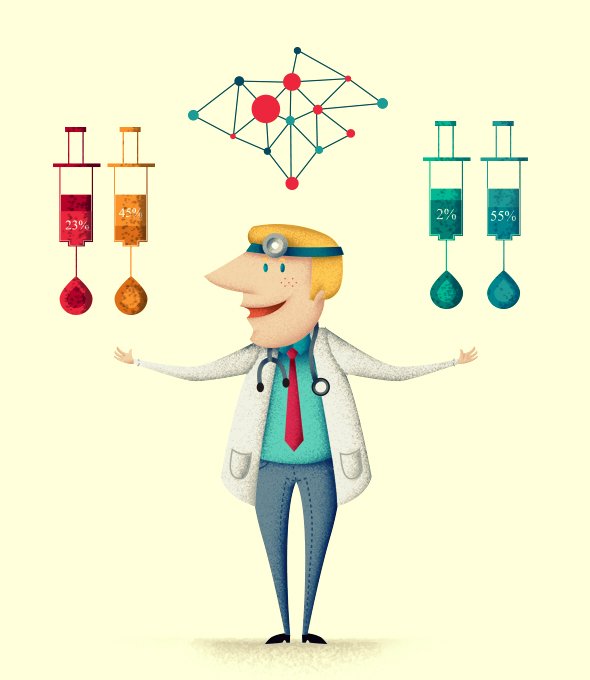 So maybe you’re wondering how the guys from Design TNT created their amazing character bundle. Read on to find out how character design actually works with some basic information and great guidelines that are essential in the creation of any successful character.

What Is Character Design?

Characters are something we learn to love since we are children, through animations and cartoons. Characters are wild, unpredictable and unrealistic, we grow attached to cartoon characters and most of the time that bond never truly disappears from our hearts. That’s why even as adults we can spot a character that reminds us of ourselves, how we wanted to be or how we are now, and fall in love with it.

Thus creating a good character implies that you must design that character in such a way that people will love and relate to it on a very intimate level. It’s all about the personality that you empower your character with, and that unique personality can derive from the way it looks, talks, walks, thinks, etc. Character design creates lovable or memorable characters, whether they are good or bad, cute or weird, happy or sad.

Simply put, Wikipedia’s definition of Commercial Character Design is ”is the process of creating a character and utilizing it to enhance or publicize a commercial entity through design”.  Designers use characters in commercial settings specifically because of the way people relate to them. By using a well-designed character as your brand mascot you are more likely to get people to have an emotional relationship with your products or business. Characters are friendly and appeal to almost all age groups. They attract attention with their wacky behavior and can instantly make your designs interesting.

Taking into account that a character must be designed and not magically summoned into existence, there are a few basic principles or guidelines which one can use as the base for creating a successful character.

One of the most common theories in design is that form must follow function, and this applies to all areas including character design. A character with a logical, clearly understandable form is more easily perceived and understood by the human brain. Simple shapes like circles or ovals often work best as the wireframe for a character because of their versatility and visual straightforwardness.

What can make or break a character is a style or general aesthetic used in its creation? Adding to what we’ve established before about simple shapes as a starting point for character design, the style of a character comes from the way in which the shapes that compose it blend together in a visually stimulating manner. The contrast of shape, form or proportion is a great way to balance shapes and make your character interesting. For example, Wile E. Coyote has a large, long snout, narrow shoulders, thin legs and big feet and hands. Not to mention the large, expressive eyes. Just as how in humans they say the eyes are the window into the soul, characters’ eyes can be essential in defining their personality.

Because characters are – like I said before – wacky and zany, you have the freedom to play around with proportions and features as much as you want, sometimes the most interesting character designs emerge from extreme visual contrasts. Exaggerating features also adds expressiveness to your character. Tiny eyes, huge ears, just go wild and see what results. 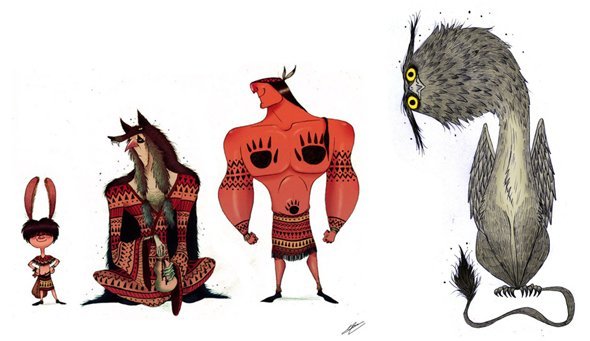 The personality of a character is composed of many aspects but a large part of comes from the character’s physical traits and features since those are the first things you notice when coming into contact with it. Depending on what you want your character to be like you can choose to exaggerate certain features. For example, rounded, plump shapes always seem to imply cuteness because of the way they are generally associated with babies in our visual consciousness. Big eyes set very closely together towards the center of the face also enhance this effect. Sharp, hard angles seem harsher, combined with narrow heads or faces.

Whatever character you want to design, always think of its personality in relation to its features. Another defining thing that some designers may forget when creating a character are verbs. Have your character do something, move, dance, have a certain facial expression or a certain posture to add to its personality. In the example above, you can tell that the young apache is a very confident little man from his stance. Below are examples of round shapes and harsher angles to show how they impact the overall aesthetic of the characters in question. 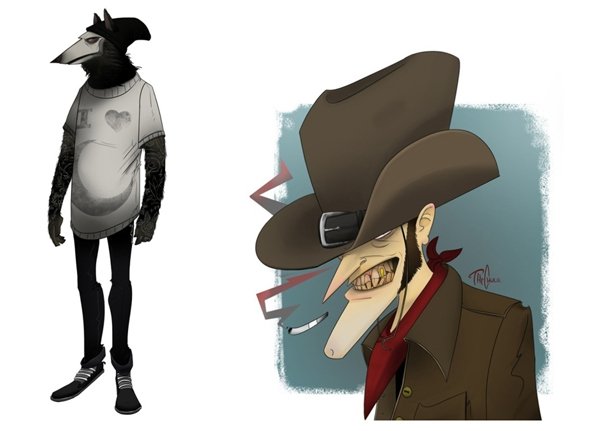 The Devil’s in the Details

Even if you do intend on animating or drawing your character from a lot of different angles, never forego the details entirely. Like in all aspects of design, the details are what make characters interesting. A certain type of eyes, shirt buttons, clothing seams, anything can help define your character and make it visually stimulating as well as uniquely designed.

Now let’s take a look at the characters from the Characterzilla Super Premium Bundle and see how the theory can be applied in character design.

Take one of the doctors for example. The first thing that you might notice about him is that he has a really oversized nose. This big nose adds character and personality to his facial features which without it would be rather generic in appearance. His body is curvy and rounded to seem friendly and flowing. Tiny hands and feet in contrast with these rounded shapes of the body balance it out and add humour. The arm that loops around itself makes him interesting and fun, like I said before characters are zany and wacky, don’t be afraid to add elements like that to your character. 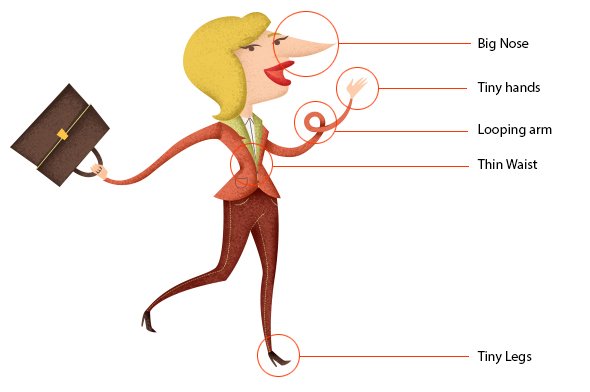 Now let’s have a look at one of the classy businesswomen. I’ve tried to keep a consistent look throughout the character packs in such a way that they look similar but are also unique from one another. The big nose, tiny hands and feet, as well as the looping arms are features that I’ve kept but modified slightly to fit the character. Being a female character, I’ve gone for straighter lines and angles at the waist in order to highlight the feminine hourglass shape of the body.

In both cases, I gave the characters “life” by drawing them in action, in a dynamic position – always remember to use “verbs” in your characters and not draw them just standing still.

About the author: Ioana Șopov is an illustrator and graphic designer with over 4 years of experience in her field. She has worked with brands like Vodafone and collaborated with numerous ad agencies like Ogilvy and Cohn&Jansen JWT. Check out her work on Behance and keep in touch on Twitter. 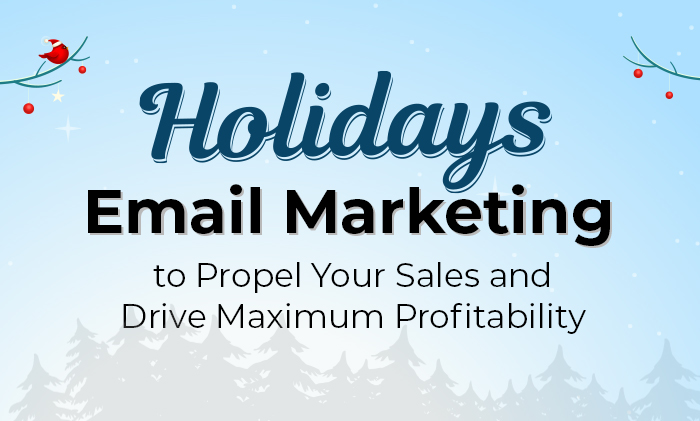 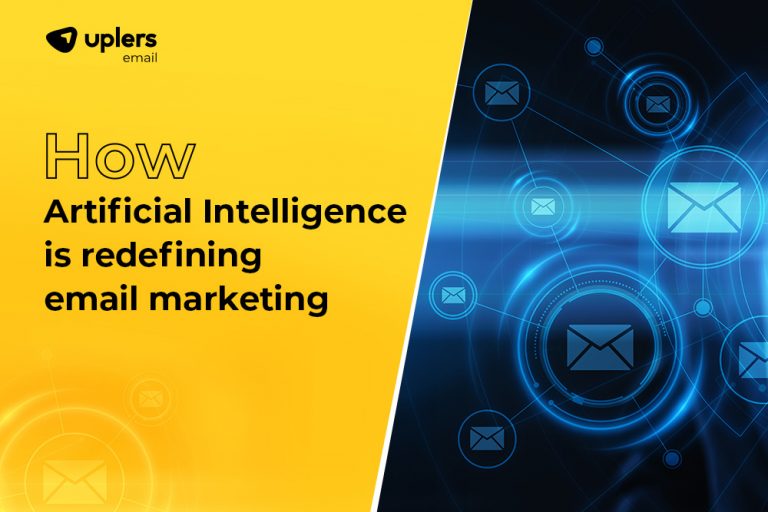 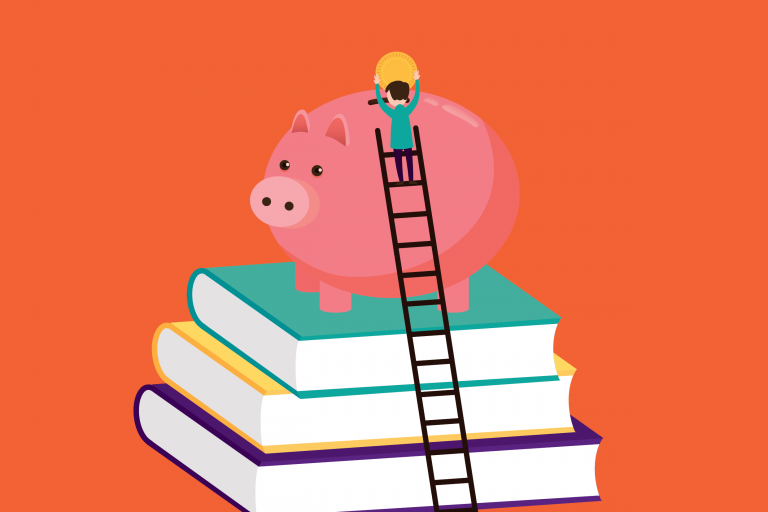